We’ve had a really busy week!  I guess I should say Nick and Nico have had a really busy week this week.  This week marked week 10 of Nico’s treatment and is also when the effectiveness of his treatment to date is evaluated.  On Tuesday Nico had an MRI and on Wednesday he had a PET scan.  Both of those scans were in preparation for the tumor board which met on Thursday to review Nico’s progress and discuss whether there would be another surgery.  Nico’s oncologist called on Thursday evening after the tumor board to let us know what was decided- no surgery!  There was a big discussion but ultimately there was no big benefit to having another surgery since the plastic surgeon would not be able to remove any remaining tissue with negative margins.  In other words, he would be unable to remove enough healthy tissue along with any potential residual tumor for the resection to be considered successful.  No surgery and radiation will proceed as planned.  Some great news is that the PET scan did not show any remaining signs of cancer!  This either means that the cancer is no longer there or it is too small to be detected by the PET scan.  Which is why they also do an MRI.  The MRI showed a very small amount of tissue where the tumor was previously.  This could be some scar tissue from the previous surgery or a small remaining amount of cancer left.

MRI scans from January (right) and this week’s (left) 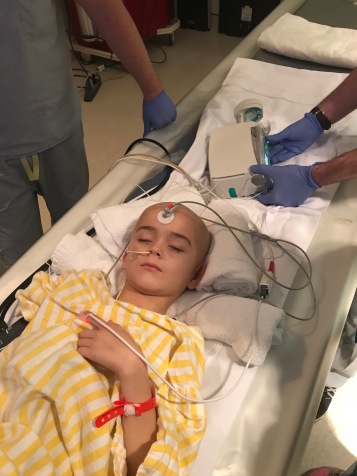 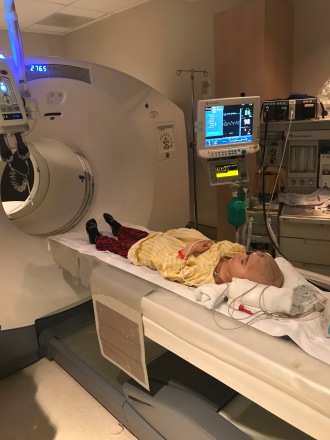 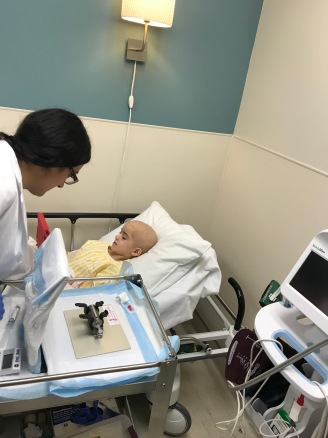 Getting radioactive for PET scan 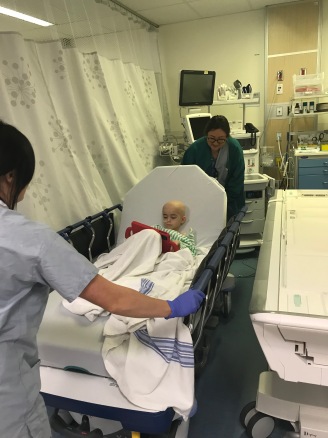 Being taken for MRI

We are very thankful that the rhabdo has responded so well and quickly to the chemo and are hopeful that with the radiation and remaining treatment it will be a thing of the past.  Some maybe thinking, “If it’s gone why keep going with chemo?”  Rhabdomyosarcoma is a very aggressive and fast growing cancer.  We witnessed that first hand.  The full treatment protocol has to be completed in order to assure that ALL the cancer cells are killed.  If only one cancer cell is left floating around there is the risk of it implanting somewhere else or the tumor growing back again.  We saw how quickly the tumor began to grow back after the initial surgery where the cancer left to the margins and no negative margins were achieved.  No thanks, we are seeing this through to the end and as our naturopath said, we will clean up the mess chemo leaves behind once it does its job of getting rid of the cancer.

Nico also had a couple dentist appointments this week in preparation for his radiation.  Since the radiation will be near his mouth there will potentially be some long-term side effects.  However, the reconstructive dentist reassured Nick that whatever issues may arise they will be able to fix.  We are also happy to report that Nico has no cavities!  What a blessing! 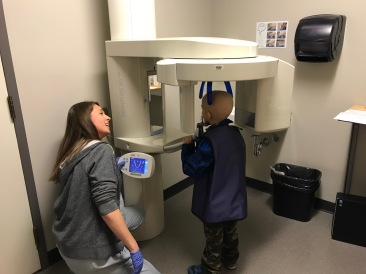 His first cleaning and check up 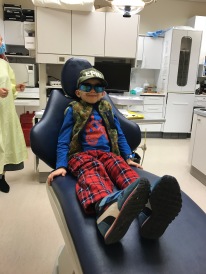 It’s interesting to plan normal life in the midst of cancer and chemo.  My sister and V had birthdays this week.  We decided to do something fun for V on Sunday before Nico started his chemo on Thursday.  This round of chemo is the 5 day chemo which really knocked him down last time.  Today he had day 3 of 5 and so far he has had a loss of appetite.  This is when we are especially thankful for the NG tube because if he doesn’t feel like eating we just give him some liquid nutrition via the tube and our anxiety about weight loss plummets.  We also don’t have to battle with him about taking his meds because they just go through the tube- easy peasy.  Praying the next few days go smoothly since last time he had some delayed side effects. 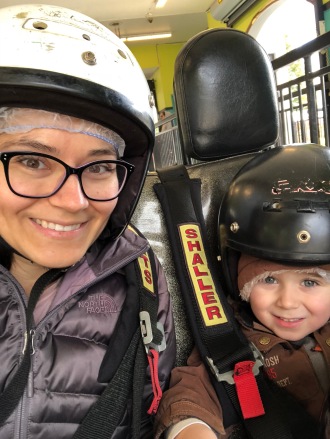 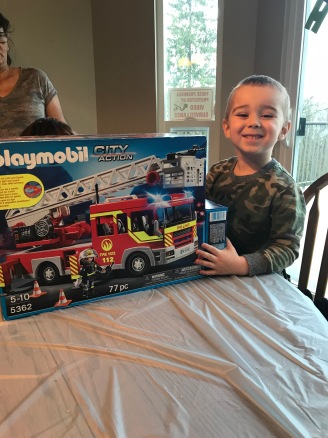 This week my mom, sister and nephew head home.  They will have been with us for 6 weeks and having them leave will be so hard.  They have helped with big things and small things and in so many ways they have made our lives easier.  Wednesday will be a sad day.  Unfortunately/fortunately, I won’t have much time to be sad as we will have to start packing up to head out to Arizona the following Monday.  Please pray for us this week as we prepare to travel back to Arizona and figure out details for our stay during radiation.

And for those who are wondering, Nali is doing great!  She is gaining very well and actually filling out her newborn size clothes and she will probably outgrown them soon.  She turned three weeks yesterday and is over eight pounds now.  Snuggles with her are the best!  I’m happy to report that breastfeeding has also gotten much easier.  It is almost painless and things are going much easier on that front, praise the Lord!  Thank you so much to everyone who was sympathizing with me and praying! 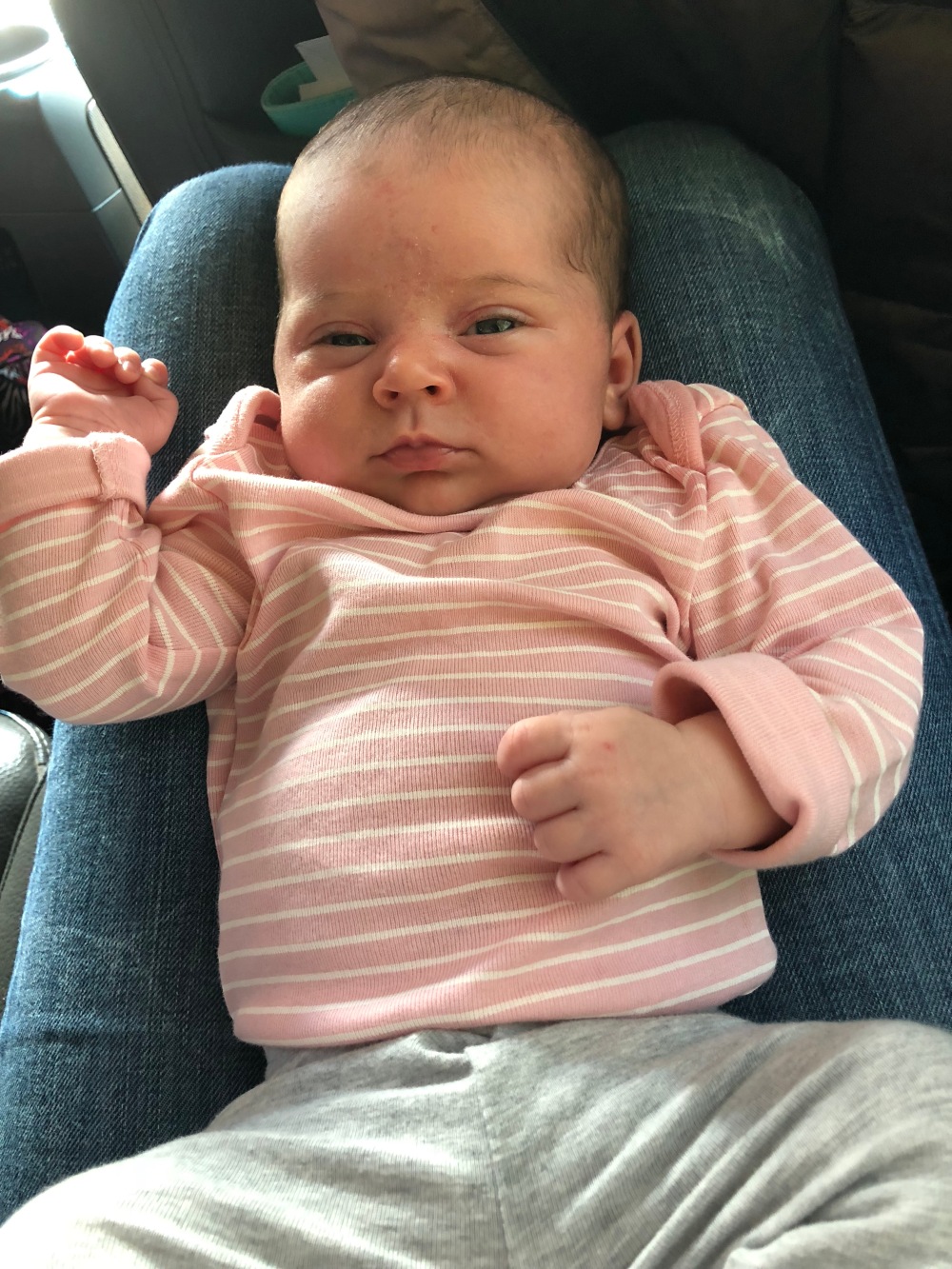 6 thoughts on “Scans, chemo and birthdays”