On Tuesday this week we made our way back to the hospital to see if Nico’s neutrophil levels were high enough to begin his next cycle of treatment.  His levels had indeed come up to .87 which was over the .75 level the docs want to see before proceeding with chemo.  We were excited to see that his levels had come up and just as quickly we realized it meant Nico would begin his chemotherapy regiment again.  This week was a new chemo drug (Irinotecan) that is administered everyday for 5 consecutive days.  The most common side effect the docs try to prevent is diarrhea.  Nico was given something in preparation for the chemo to help minimize that.  Thankfully, that was not something Nico had to deal with this week.  However, on the car ride home after that first treatment  we stopped to pick up some take out for dinner and Nico started to feel sick.  The feelings intensified as I got into the car with the food as the smells really bothered him.  The rest of the week was pretty similar.  He has had difficulty wanting to eat and taking his meds has been a battle.  We’ve had to double up on his anti-nausea meds to try and stay ahead of the nausea and that makes him drowsy.  Such a contrast from our week last week. 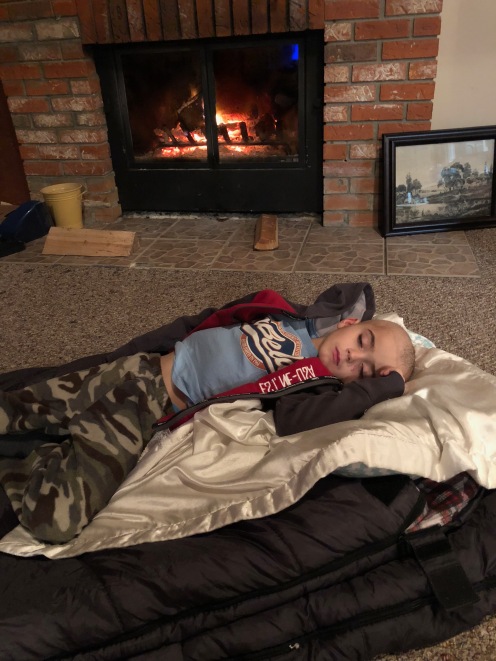 Passed out on Friday night after 4 days of treatment.

Behind the scenes- Nick gets the flu 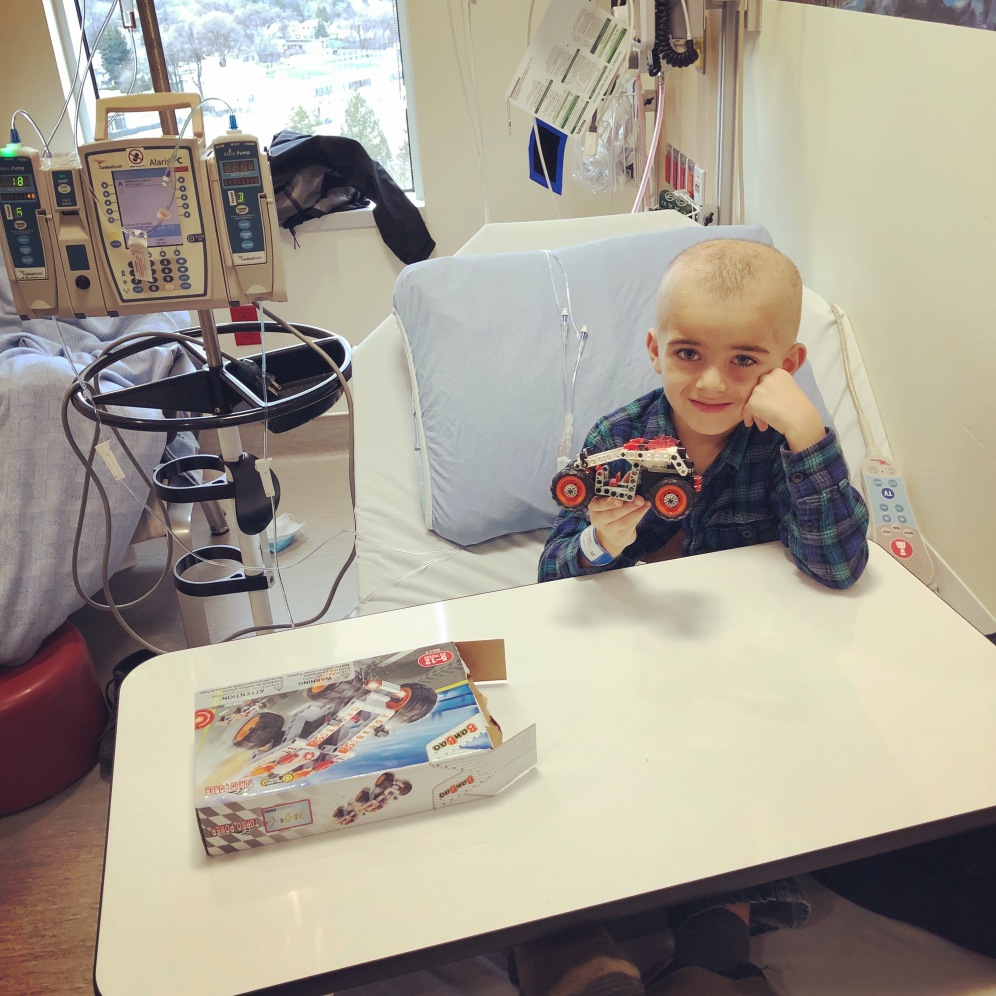 Yesterday, Nick noticed that Nico felt warm toward the end of getting his chemo and asked the nurse to check his temperature again.  Sure enough he started a fever while we were at the hospital.  But his blood work and a nose swab showed his neutrophil level was really good (it had come up to 1.48) and it was still influenza B that was lingering.  We were thankful the fever popped up while we were already at the hospital saving us a trip to the ER later in the day.  The doctor said because his ANC had come up and looked good he was fine to go home.  So we went home thankful to be able to do so.

Today was the last day of this week’s treatment!!!!  We are very happy to be done with this week and get a bit of a break.  The next two weeks are recovery weeks for Nico. That means he only has one day of chemo a week for the next two weeks before he has another big chemo treatment.  On Monday he has a planning CT scan that will require sedation.  His radiation oncologist is doing this scan in order to determine whether they will be recommending proton or electron radiation.  Radiation will be necessary since another surgery is not feasible due to the location of the tumor and the potential for disfigurement in trying to get clear margins.  Radiation will be 5.5 weeks long, 5 days a week.  If proton radiation therapy is found to be the best path of treatment for Nico then that will happen in the States since Canada does not currently have any proton treatment facilities.  We should know more in a couple weeks after this planning scan.  Then after his scan he has a Vincristine chemo treatment.  This chemo is pretty easy for him and is administered fairly quickly (3 minutes vs 90 minutes for the Irinotecan).

So we will rest tomorrow, have a full day on Monday and then hopefully have the rest of the week to rest, recover and prepare for a baby!!  Many of you may not be aware but I am currently 38 weeks pregnant- due March 3.  My mom, sister and nephew arrive on Wednesday next week to help us and we are so relieved to know they will be here soon!  Please continue to pray for healing and strength for us all.

Tuesday after getting home from the hospital, we found out that a large portion of our financial needs are going to be taken care of for the duration of the treatment.  We were stunned, overwhelmingly grateful and reminded how God has a thousand ways that we don’t know about to provide for us.  There continues to be pockets of good throughout the hard.  Nico’s GoFundMe will be adjusted in the next few days to reflect this blessing!  Yesterday as V and I were having lunch in the family kitchen at the hospital I was reminded again of God’s care for us.  It’s a comforting feeling knowing we are not alone on this journey.  Thank you for your continued prayers, support, and encouragement!